Cultural stereotypes and societal expectations have, for a long time restricted many women from experiencing the thrill of riding motorcycles. This is probably because women who own motorcycles are often considered unladylike or simply rebels with something to prove.
Stereotypes dictate that women who ride motorcycles are often lesbians or perhaps fans of rock music. This is, however, a very narrow perceptive as a lot of women have an interest in bikes but are afraid of what people will think of them. More women are however, realizing that going after what you love is not a crime and that life is too short to be held back by other people’s opinion. As a result, more women have expressed interest in learning new sports even later in life, women over 30 and 40 years have developed an interest in riding bikes. These women have experienced tremendous changes in their life as the sport gives them a sense of independence and accomplishment. In addition, there is a sense of freedom, adventure and renewed confidence for most women. It turns out that women are the fastest growing demographic in the Motorsports industry.
Women riding motorcycles actually make up 12% of all bike owners in the US, 1 in 4 motorcycle owners is actually a woman. Taking the year 2012 for instance, about 27 million people traveled using motorcycles in the US and statistics show that about 7 million of them were women.

Most women have always had an interest in owning a motorcycle, however, it turns out that their choices are often influenced by other people in their lives such as friends and spouses. They are expected to fit certain cultural stereotypes and most women often give in and buy a vehicle that is considered to be suitable for women. However, there is always that desire to own a bike. Thereby giving in to this urge can be very liberating. It is fulfilling a lifelong dream. It can be very empowering to any woman as it a great show of courage of deciding how one wants to live their life, by her own rules.

Anyone who has ridden a bike can testify that is certain independence that one feels when they are on their bike. One feels unstoppable and there is a certain peace of mind that comes with this. It can be very thrilling speeding through the highway, no problem is big enough and one experiences a certain level of tranquility. One thereby is able to escape the strains of everyday life and find a place where all is well.

Most women often let family life and career take precedence, however, there comes a time in life when responsibilities are fewer and one can then experience all the things they’ve always wanted. Riding a bike can be quite an adventure, it is thrilling to travel to new places on a bike as it is really fun!!

Most women are very afraid of bikes and getting to learn how to ride one can vanquish one fears and this gives a person a renewed sense of confidence and accomplishment and they are likely thereafter to approach life challenges with a new zeal.

Women riding motorcycles often find common ground and create some kind of sisterhood. These new interactions can bring new life into the life of a woman. Motor Maids is one example, it is an association of women who ride motorcycles in the North American region. It has thousands of members from both the US and Canada.

A 2013 study conducted by Harley Davidson compared 1013 female riders to 1016 female non-rides and found women riding bikes were not only more confident and content but also enjoyed great communication with their partners as compared to the female nonriders. In addition, women who ride bikes confessed that they always felt less stressed after riding their bikes.

This is perhaps the oldest biking organization for women who ride. It is a clear testament that even then, there were women who were willing to against the norm and do what they love, societal attitudes did not discourage them from following their passion.

One such woman was Dot Robinson who in 1940 endured a grueling 500 miles of terrain to win the Jack Pine Endurance championship. She became one of the most popular women in the motorcycling sport. She, however, did not stop there as she linked up with another motorcycling enthusiast Linda Dugeau and started recruiting women into the motor maids of America. Women always have an affinity for connection especially in industries that are very male-dominated as there is strength in numbers. They can, as a result, give each other strength and tackle common challenges.

Recruiting women into this organization was actually very dangerous as they were considered man-haters, this, however, did not stop them and they continued to be advocates for women in the sport. They created a safe space for women interested in motorcycling to explore their passion.

Recruitment did not come easy until they had the support of Arthur Davidson, one of the founders of Harley Davidson. This gave them some form of legitimacy and encouraged other women to join. During times of war, most of these women actually worked in the military as messengers and convoy riders. This organization opened very many doors for women interested in motorcycles. They showed women that their gender did not have to restrict their passions and that you should never be afraid of going after what you love.

Even though times have changed, most women still do not have the courage to pursue their interest in bike riding. Women riding motorcycles is however no longer such a big deal as it was during the beginning of the Motor Maids. In the current environment, one can be exactly who they want to be and it is time to put fears aside. Learning a new sport or a new hobby does not only have benefits for one’s physical health but it is also very important for one’s mental and emotional health.

Whitewater Kayaking, Challenge Yourself To Do More!

The Rise of Women Riding Motorcycles

See The World From a Hot Air Balloon! 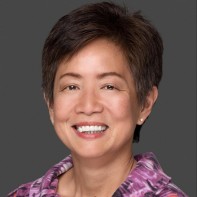 GiGi Orgera
I am Gigi Orgera, physician and lifestyle consultant. I love to guide and encourage people on the creation of the life of their dreams by enjoying their personal journeys.

Road Map to Achieving your Dreams and Happiness

What is the Cheapest Day to Book a Flight

Newspaper is your news, entertainment, music & fashion website. We provide you with the latest news and videos straight from the entertainment industry.
Contact us: gigi@dreamerinmotion.com

Dishes We’d Travel Back in Time to Eat Again